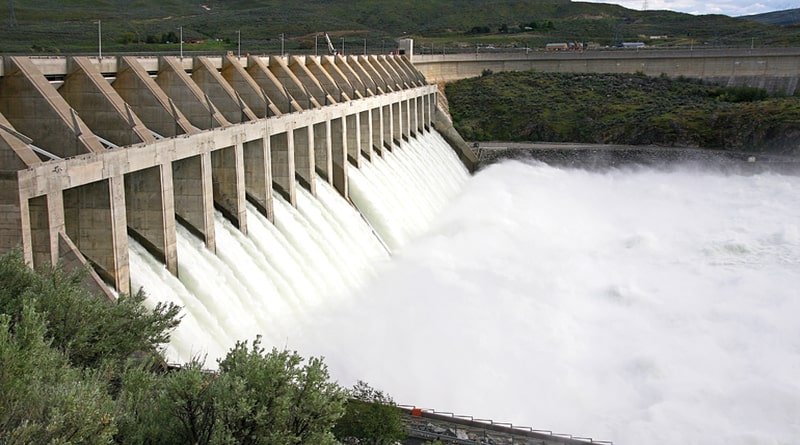 This project is a component of Greenko’s Integrated Renewable Energy Project (IREP) in Pinnapuram. Greenko will be funding the remaining amount for the Pinnapuram IREP with equity.

Power Finance Corporation has sanctioned Rs. 5,500 crore loan to Greenko with a repayment period of 20 years at an interest rate of 11% per annum.

As per the environmental clearance granted to Greenko for the off-river pumped storage component of Pinnapuram IREP, estimated cost of the project is Rs. 5,468.03 crore. Repayment period shall begin after completion of one year from the commissioning of this project.

As per Greenko, Government of Andhra Pradesh has accorded its approval for this development under Phase 1. This approval has been given considering the possibility of expanding the project to comprise 3,000 MW solar, 2,000 MW wind and 2,400 MW standalone pumped storage components.

Pumped storage projects consist of two reservoirs at different altitudes. Water is lifted from the reservoir at lower altitude to the one at higher altitude using surplus energy. This energy is stored as the potential energy of the lifted water.

Subsequently, when power supply is needed, water is released from the higher altitude reservoir back to the reservoir at lower altitude, during which it is used to generate electricity as is done in a hydropower plant. Therefore, a pumped storage project essentially targets a more stable power supply.

Water will be lifted once from the existing Gorakallu Reservoir in Kurnool district to the lower altitude reservoir which is to be constructed. This water then will be circulated in the pumped storage component of the project using Renewable Energy from solar power and wind power components of the project.

All the components of this project are located in close vicinity to one another, which will make it easy to pool the generated energy. This pooled power will be transmitted to the PGCIL/CTU Substation at Orvakallu, Kurnool, from where it will be fed to the National Grid.

On 18th March 2020, AFRY India received the Letter of Award for providing Detailed Design Engineering Services for the 1,200 MW Pumped Storage component of the IRESP. As per AFRY India, the upper and lower reservoirs will be enclosed by 9.6km long, 42m high rockfill dams. The other design components of this project include power and pumping intakes, and six tunnels and penstock pipes to transport the water. For the generation of electricity, the project will have a subsurface powerhouse complex with 8 variable speeds and reversible Turbine-Generator units.

Greenko has stated that the project targets re-utilisation of 1 Thousand Million Cubic Feet (TMC) of water between the two reservoirs.

About Greenko Group: Greenko was founded in 2004, and is majorly owned by Singapore’s GIC. The company has an installed power generation capacity of 7.5 GWDC across 15 states in India.