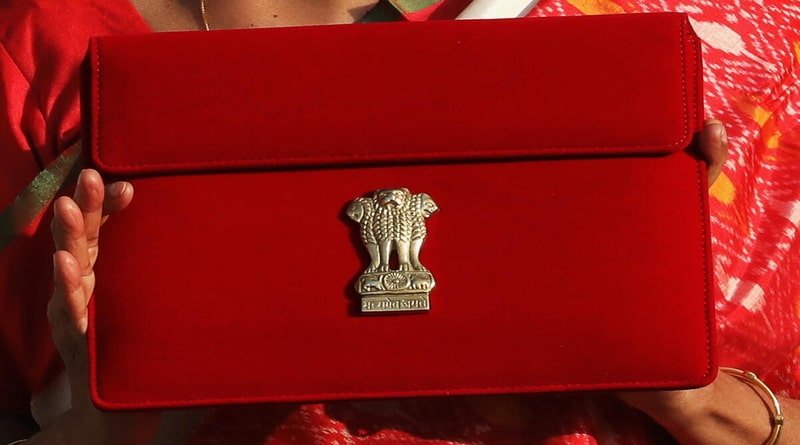 While presenting the Budget 2021 in the Indian Parliament, FM, Shrimati Nirmala Sitharaman said “The preparation of this Budget was undertaken in circumstances like never before. We knew of calamities that have affected a country or a region within a country, but what we have endured with COVID-19 through 2020 is sui generis”.

Finance Minister has proposed capital expenditure of ₹ 5.54 lakh crore for FY22, which is 34.5 % higher than FY21.

Keeping in-focus the-need-of-the-hour, Budget 2021 has given emphasis to Health and Infrastructure to boost India’s post-Pandemic economic recovery. Indian industry has reacted in very positive manner to the Budget. Industry thinks this to be a balanced budget as the announcements made in sectors like Information Technology, Infrastructure, Agriculture, Renewable Energy will help in raising the investor spirit & boost growth.

Government has expanded the NIP to 7,400 projects from 6,835 projects that were announced in December 2019.

Highway infrastructure is a proven tool for economic activity. FM announced economic corridors in the state of West Bengal, Tamil Nadu, Kerala and Assam which total to 6,575 Km of highway corridors.

Under Bharatmala Pariyojana 8,500 Km length of roads will be awarded by March 2022.

Metro Railway Development: Finance Minister announced that MetroLite and MetroNeo will be introduced in Tier 2 cities and peripheral areas of Tier 1 cities.

Road Transport: A new scheme will be launched at a cost of Rs 18,000 crores to support augmentation of public bus transportation services.

Indian Railways: Finance Minister has provided a sum of ₹ 1,10,055 crore for Railways, of which Rs 1,07,100 crore is for capital expenditure. Indian Railways has prepared a ‘National Rail Plan’ for India: 2030 which aims to create a “future-ready” Railways system by 2030. 100% electrification of Broad-Gauge routes is to be completed by December 2023.

Petroleum & Natural Gas Sector: 100 more districts will be added in next 3 years to City Gas Distribution network. A gas pipeline project will be taken up in Union Territory of Jammu & Kashmir. An independent Gas Transport System Operator will be set up for facilitation and coordination.

Power Sector: A framework will be designed to give consumers alternatives to choose from among more than one Distribution Company. In order to aid ailing discoms, a revamped, reforms-based Power distribution sector scheme will be introduced with an outlay of ₹ 3,05,984 crore over 5 years.

Anil Saboo, President, IEEMA, said “Rs. 3.05 lakh crore will be invested in discoms for improvement of feeder separation, prepaid smart metering and upgradation of systems. This investment will improve the functioning of Discoms and help in improving their health and viability”.

Hydrogen Energy Mission shall be launched in 2021-22 for generating Hydrogen from green power sources. This shall not only help reduce India’s carbon footprint but also provide much needed impetus to R&D in Hydrogen Energy field.

Finance Minister set aside ₹ 35,000 crore for the COVID-19 vaccination program, which shall help revive the industrial growth. Under Urban Swachh Bharat Mission 2.0  a budget of ₹ 1,41,678 crore has been allotted for a period of 5 years from 2021-2026, which shall include sludge management and waste water treatment, source segregation of garbage, reduction in single-use plastic and more.

Budgetary Allocations for Other Major Sectors

Under Ministry of Micro, Small and Medium Enterprises (MSME) sector government has made a provision of ₹ 15,700 crore in the Union Budget 2021-22.

The Defence sector has got a budget of ₹ 4.78 lakh crore for FY21-22 which includes capital expenditure worth ₹ 1.35 lakh crore.

Announcements for Cables Industry: The FM announced change in custom duty for Specified insulated wires and cables used in electronics from 7.5% to 10% to promote value addition in Electronics.

Mr Uday Shankar, President, FICCI said, “Today we saw an outstanding, clear-headed and growth-oriented budget that lays a strong foundation for an Atmanirbhar Bharat. The fact that government chose growth over fiscal consolidation is indeed heartening. There is a sharp focus on capital expenditure“.

Mr Uday Kotak, President CII said “Delivering on her promise of unveiling a ‘Budget Like No Other’, the Finance Minister announced a raft of prudent measures aimed at rejuvenating government spending towards critical areas of increasing allocation on infrastructure expansion, education, housing and health“.

Mr Sanjay Aggarwal, President, PHD Chamber of Commerce and Industry and Chairman, Paramount Communications said  “It is appreciable that the Indian Railways has prepared a national railways plan by 2030, with the aim to bring down the logistics cost. This is crucial to bring down the cost of doing business in the country”.

Indian Electrical & Electronics Manufacturers Association (IEEMA) said in its press release on 2nd February 2021 “The Finance Minister had an onerous task to kick start the economy and her emphasis on infrastructure spend reflects the classical Keynesian model (demand-side)“.