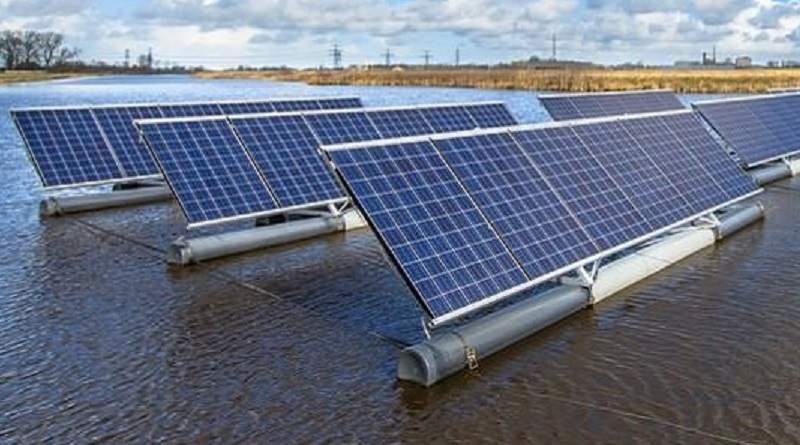 Tariff-Based Competitive Bidding (TBCB) was method was used for selection of successful bidders.

The project is envisaged to eventually have a generating capacity of 600 MW.

The 300 MW floating solar capacity on the Omkareshwar reservoir is being developed in blocks of 100 MW each.

RUMSL shall sign the Power Purchase Agreements with the successful bidders once it issues respective Letters of Intent.

This project will begin operations by 2024.

Rewa Ultra Mega Solar Ltd. (RUMSL) was formed in 2015 as a joint venture between Solar Energy Corporation of India (SECI) and Madhya Pradesh UrjaVikas Nigam Limited (MPUVN). Since then, RUMSL has been the designated a Solar Power Park Developer (SPPD) to develop large-scale solar parks in the state of Madhya Pradesh.

An Overview of Floating Solar Power Projects in India

Floating Solar power projects have been gaining popularity in India. The country’s reservoirs cover about 18,000 sq Km of area, which has a floating solar potential of 280 GW, according to The Energy and Resources Institute (TERI).

Floating Solar Projects, though, come with their own set of pros and cons.

As of now, India has about 170 MW of floating solar generation capacity, while about 1.8 GW of floating solar capacity is under various stages of development. At present, India’s largest commissioned floating solar project is located in NTPC’s Simhadri thermal power station reservoir, in the state of Andhra Pradesh, with a capacity of 25 MW.

Bengaluru-Mysuru Economic Corridor to be Completed by October 2022