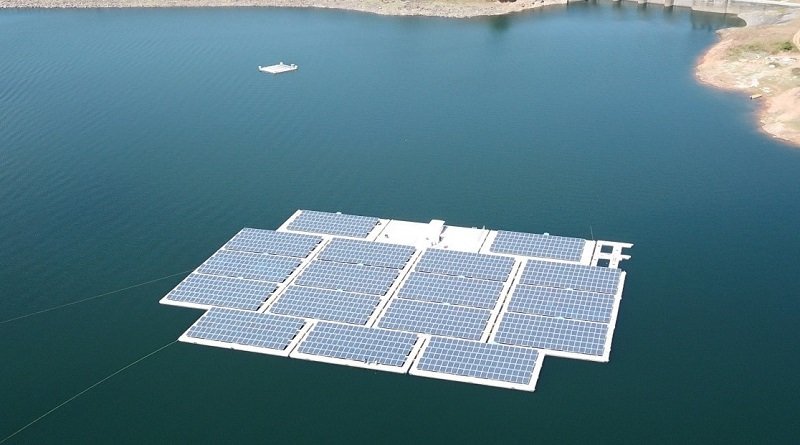 Kerala has marked a milestone by establishing India’s largest floating Solar Power Plant. The 500 KWp (Kilo Watt peak) capacity power plant was commissioned on 4th Dec 2017 by Energy minister of the state M. M. Mani. It is estimated that the plant would generate 7.5 lakh units of electricity annually.

The floating PV Solar Power Plant is spread over 1.25 acres, covering 54,450 Sq. ft. of water surface of the reservoir. A total of 1,938 solar panels of 260 Watts each have been installed over 18 ferrocement floaters which are hollow from inside. The total cost for setting up the plant was around Rs. 9.25 Cr.

The plant is located at Banasura Sagar Reservior at Padinharethara in Wayanad and is owned by Kerala State Electricity Board (KSEB). The project work was completed in 21 months.

The other parts attached to the floating system are 500 KVA transformer, 17 inverters each of 30 kW capacity and an anchoring system imported from Sweden. The plant is supported by SCADA (Supervisory control and data acquisition system). The plant consists of floating sub station to covert the generated power to 11 KV and further the power is fed to KSEB grid by underwater cables. The plant is designed in such a manner that it can withstand a variation in water level of up to 20 meters. Adtech System Ltd. had implemented the project and have offered 2 year free maintenance work.

The biggest benefit of a floating solar power plant is that it is installed on a water body like a reservoir, water treatment plant, lake, dam etc. and thus avoids the use of expensive and scarce land resource.

Other benefits of a floating plant are:

Higher Efficiency: floating solar panels have higher efficiency ranging from 5 – 16 % more in comparison to ground mounted panels because of the moderating effect of water bodies on panel temperature.

Longer plant life: Such floating PV modules have a longer life leading to longer life for the power plant.

The major challenge to adoption of this technology is the high installation cost which shall prove to be a barrier unless costs come down over time. Another issue is the rusting of components as being in constant touch with water.

Kerala produces only 30 % of the power it consumes, a majority of which is Hydro Power. Rest of Kerala’s power demand is fulfilled from other states. This innovative floating Solar power plant is a step in the right direction, but many such steps would need to be taken in order that the state meet its energy demand.

This article is written with some inputs taken from The Economic Times. 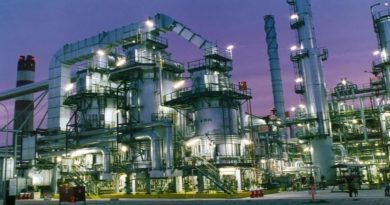 Indian Oil to Invest ₹ 1 lakh Cr over Next 5 Years