India might face a power crisis as peak power demand in the country hit record high of 207 GW on 29th April 2022, which surpassed last year’s record of 200.54 GW Power Demand on July 7 2021. According to Power System Operation Corporation (POSOCO), India’s grid management authority, Power Deficit on 28th April 2022 was 10.8 GW, the highest in the past decade.

Similar situations arose six months ago, when Coal-based power plants across the country scrambled for Coal, due to unprecedented power demand and untimely rains last year.

India’s current power scarcity can be attributed to a combination of several factors.

Unavailability of Coal for Power Generation and Associated Bottlenecks

According to the data from Ministry of Power, GoI, India’s total installed power generation capacity is 399.49 GW. Of this total capacity, 51.1% or 204.08 GW share is that of Coal-based power generation. Against the recommended 21-day stock of Coal reserves at thermal power plants, many states have reported Coal reserves of less than 8 days.

Mr RK Singh, the Power Minister, said on the matter, “The Coal reserve is less. It is true that the demand has increased, however, the supply of Coal cannot be increased so fast.”

The current situation has developed despite the claim of Coal India Limited (CIL), the state-owned Coal mining and refining corporation, that Coal supply to thermal power plants has increased.

On 2nd May 2022, CIL stated “With the intense demand for Coal continuing unabated driven by an upward spiral in the electricity generation, CIL (Coal India) pushed up its supplies to power plants of the country to 49.7 Million Metric Tonnes (MMT) in April’22”. This translates to an additional 6.7 MMT in April 2022 as compared to 43 MMT of Coal supply in April 2021.

A key factor here is the availability of train rakes to carry this Coal from the mines to thermal power plants. The turnaround time for rakes is around 10 days, which makes their availability for thermal power plants an issue. Coal India, in this regard, has asked state governments to pick up Coal by road to their thermal power plants because of insufficient number of available rakes. To add to this, import of Coal for power generation is also not easy as Coal prices across the World are soaring in light of the Russia-Ukraine war.

Early Onset of Summer and Surge in Economic Activities

March of 2022 has been the hottest since 1901. Temperatures in North India crossed the 40°C mark in April, which has led to increased power demand in households for air conditioning and refrigeration. Power demand from industries has also gone up, owing to increase in economic and industrial activity after the third Coronavirus wave in India subsided. Several states have lifted most CoVID restrictions with regard to economic activity.

In an interview given to PTI, Coal Secretary Mr AK Jain said on 24th April 2022, “It is not a Coal crisis but a power demand-supply mismatch. The power demand has registered an upswing as the economy has bounced back, summers have arrived early and the price of gas and imported Coal have shot up sharply”.

POSOCO has reported maximum loads above the 195 GW mark on the grid since the middle of March, which is unusually high for this time of the year.

Measures Taken by the Government to Mitigate the Power Crunch

Government of India has resorted to several steps to prevent the current situation from turning into a full-blown power crisis. Some of these steps are:

In order to alleviate the effects of the persistent high power prices, Central Electricity Regulatory Commission (CERC) capped the power prices at Rs. 12 per unit from the earlier Rs. 20 per unit on 1st April 2022. 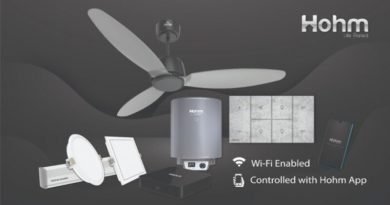