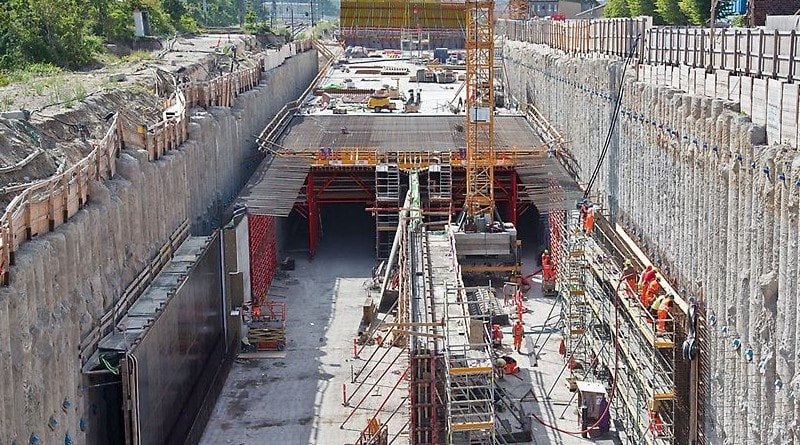 The contract includes design and construction of twin tunnels from New Ashok Nagar down ramp to Sahibabad up ramp and one underground station at Anand Vihar where the line will be connected to Delhi Metro’s Blue and Pink lines.

Tunneling work will be carried out by Cut & Cover Method. The contract includes architectural finishing along with design, supply, installation, testing and commissioning of electrical and mechanical systems.

Estimated time-line for completion of the contract is 1095 days after issuance of letter of acceptance by NCRTC. This is the first underground contract package issued by the NCRTC.

Though STEC had qualified in technical bid and also emerged L1, there was speculation that NCRTC could re-tender Package 4 of Delhi-Meerut RRTS. In the middle of the still-ongoing India-China border conflict, the Indian Government amended its bidding policy for public projects (General Financial Rules 2017) in mid-July. This meant that bidders from some countries neighbouring countries (including China) had to register to a competent authority, and unregistered vendors could not be considered or could not participate.

Since Asian Development Bank is the chief lender for the Delhi-Meerut RRTS project, therefore as per its procurement guidelines re-tendering was not possible.

*NCRTC is a joint company of Governments of India, Delhi, Haryana, Rajasthan and Uttar Pradesh, mandated for implementing the Regional Rapid Transit System.