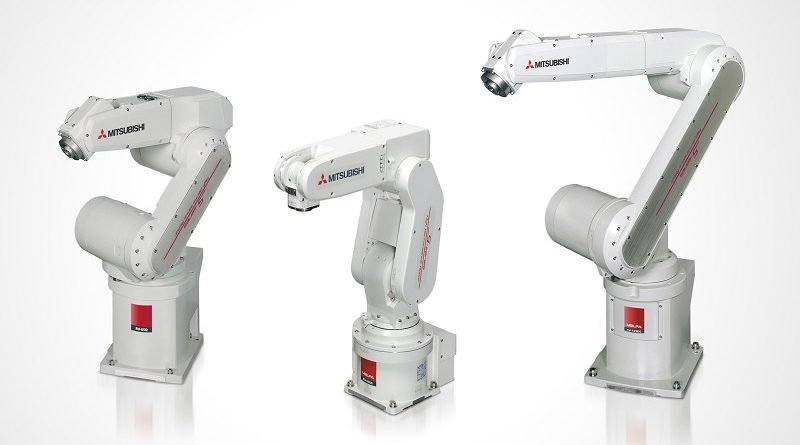 MELFA ASSISTA was successfully launched globally last year in October, and is now being made available for Indian market for usage in manufacturing sector. The service support and supply would be made available by Mitsubishi Electric Factory Automation & Industrial Division, located in Pune.

RV-5AS-D is a 6-axis programmable robotic arm that offers positioning accuracies as low as ±0.02mm (0.007 in). This is accompanied by reach of 900mm (35.43 in) and a payload capacity of 5kg (11.02 lbs). This finds application in production line automation for machine loading, device assembly, kitting and un-kitting of parts and also testing and inspection. Other cobots in this series could be launched soon.

Mitsubishi is also offering RT VisualBox, engineering software for quick and easy system development. It enables operating sequences to be created by linking block diagrams in a chain of events, including connection with other devices such as robot hands and cameras.

Some Distinguishing Features of Melfa Assista

Expressing his views on the occasion Mr. Hisahiro Nishimoto, Business Unit Head-Factory Automation & Industrial Division, Mitsubishi Electric India said, “Our Factory Automation & Industrial Division is ready to support the customers with advanced automation needs. We are looking at faster automation, higher productivity, flexibility, safety and reduced Total Cost of Ownership. We are excited to see the efficiency it will bring to the factory floors and will ease the operations with common space sharing and work alongside employees to increase productivity”.

About Mitsubishi Electric India: Although Mitsubishi Corporation, Japan has been present in Indian market since 1958 but Mitsubishi Electric India, its wholly owned subsidiary was incorporated in the year 2010. It offers a wide range of products for the Indian market including Air Conditioners, Factory Automation and Industrial Systems, Semiconductor & Devices, Transportation Systems and Visual & Imaging. It has two manufacturing facilities in Pune and one in Bengaluru with multiple offices in major cities of India.