Cables have played an important role in developing the infrastructure for human convenience as we see it today. Cables have not only made electricity transmission and distribution possible, but have also been instrumental in instrumentation and communication systems.

Progression of Cable Usage for Communication and Electrical Distribution

An early use of cables started in telegraph lines used for communication in the 1830’s. In late 1930’s Cooke and Wheatstone built a 13 mile (21 Km) multi-wire line of telegraph for the Great Western Railway, while in 1943-44 Samuel F. B. Morse laid an experimental telegraph line between Washington DC and Baltimore. These early cables were made of iron and were difficult to produce and maintain.

Morse, after this successful test, advocated and tried for laying telegraph line between North America and Europe. The first company which decided to realise this dream was Atlantic Telegraph Company (ATC) which started laying a 3,200 Km line between British North America to Ireland in 1850’s. After several hurdles the line was eventually commissioned. Finally, on 16 August 1858, Queen Victoria and U.S. president James Buchanan exchanged telegraphic pleasantries, inaugurating the first transatlantic cable connecting British North America to Ireland. It could also be marked as start of communication through submarine cables.

In the start of 1880’s the first insulated cable manufacturing started. The insulation material used was gutta percha, a natural latex material produced from the sap of trees of the same name.

As soon as we learned to produce electricity commercially, need for electricity distribution through cables was indispensable.

By the end of that decade rubber insulated cables were in use for lighting circuit. In 1897 rubber-insulated cable was used for 11,000-volt circuits installed for the Niagara Falls power project which could be stated as first use of insulated cables for high-voltage circuit.

In 1906 armoured cables were introduced which had flexible sheathing and two cloth covered, rubber insulated conductors.

Development in Cable Manufacturing with Introduction of Polymer Compounds for Insulation

Significant stride in cable manufacturing came with Germans starting Poly-Vinyl Chloride’s (PVC) testing as insulation material for cables in 1930’s, but was commercially viable only by 1950’s. PVC insulated cables slowly started replacing rubber cables in many areas particularly in domestic wiring. Aluminium was also beginning to be used widely as an alternative conductor by this time.

XLPE insulation came into play since early 1970’s and thereafter significant improvements have been made in polymer compounds manufacturing as well as insulation techniques.

New cable types like Optical Fibre cables, Submarine Cable for Internet, Control Cables and many more have been developed as per requirement and feasibility.

Among these, the most interesting development has been that of Optical Fibre Cables as these work on principle of total internal reflection. In 1953, Dutch scientist Bram van Heel was the first to demonstrate image transmission through bundles of optical fibers with a transparent cladding. In the same year two researchers, Harold Hopkins and Narinder Singh Kapany (Indian American Scientist) at Imperial College of London succeeded in making image-transmitting bundles with over 10,000 fibers, and subsequently achieved image transmission through a 75 cm long bundle which combined several thousand fibers. The technology came into practical use only after 1968 when NASA started using it for television cameras which were sent on Moon missions.

Extruder machines now available for cable manufacturing are also pretty advanced and refined. The manufacturing lines are now being automated and help of ultra-modern technologies like AI, and Machine Learning is being employed for improvement in the manufacturing process.

All we can say about Cables is that although they have been developed for supporting various tasks like communication or electricity distribution etc. but have opened avenues for inventors and infra-developers to push boundaries for human development and convenience. 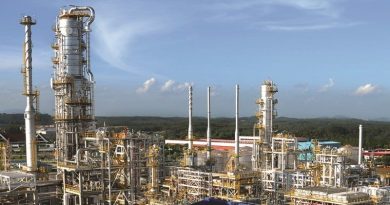 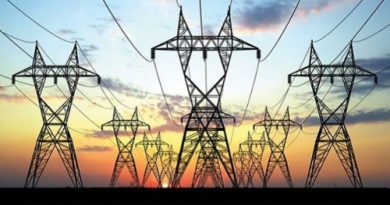