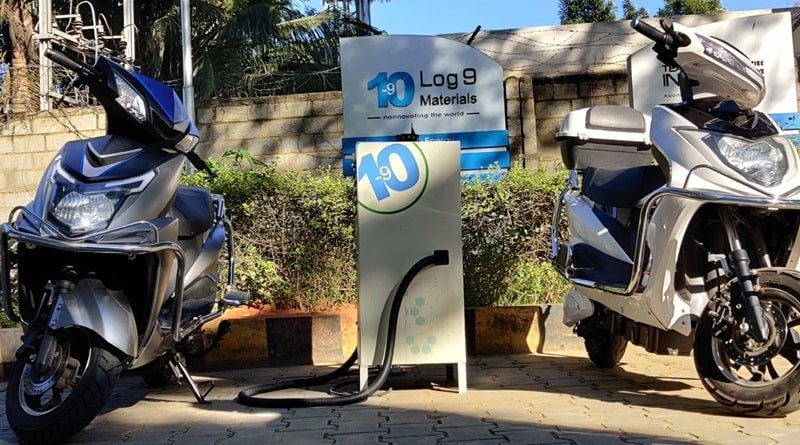 Bengaluru-headquartered start-up Log 9 Materials has announced the launch of a first-of-its-kind Rapid Charging Battery technology for two and three wheeler Electric vehicles (EVs). It is capable of fully charging batteries used in EVs within a short timeframe of only 15 minutes.

Log 9’s team has utilized supercapacitor* technology and the carbon allotrope ‘Graphene’ to develop this battery. Log 9 super capacitor EV battery promises a range of 70 Km for two-wheelers and up to 60 Km for three-wheelers on full charge.

*Supercapacitor, sometimes called ultracapacitor stores energy by means of a static charge as opposed to an electro-chemical reaction in Li-Ion batteries. Its property lies between capacitors and rechargeable batteries. It typically stores 10 to 100 times more energy per unit volume or mass than electrolytic capacitors, can accept and deliver charge much faster than batteries, and tolerates many more charge and discharge cycles than rechargeable batteries.

The adoption of Electric Vehicles in 2-Wheeler and 3-Wheeler segment has been better in India when compared to four wheelers. The batteries used are Li-ion based and need an average charging time of 4-5 hours, hence significant downtime which adversely affects user sentiment. This becomes more significant in the commercial segment where downtime directly impacts revenues.

Log 9 claims that its Graphene based Battery packs can not only be fully charged in less than 15 minutes but also last for 15+ years which lowers battery cost per Km. According to Log 9 these battery packs offer upto 5 times power as compared to Lithium-Ion batteries resulting in increased load bearing capacity and acceleration.

Expressing his views on new battery technology, Mr. Akshay Singhal, Founder & CEO, Log 9 Materials, says “We are presenting an optimized solution for intracity 2-wheelers and 3-wheelers through our latest super capacitor-based battery technology, which enables EVs to be charged in as low as 5 minutes. Apart from providing superfast charging for EVs, Log 9’s battery packs will also be superior in terms of range and power density, and will be positioned as a highly cost-effective solution. We have identified suitable partners (including OEMs and fleet operators) for both 3-Wheeler and 2-Wheeler integrations of our battery technology into their vehicles, and our commercial pilots have already started which will run over the next 3-4 months”.

Log 9 has already started the pilot test of their supercapacitor Graphene based battery fitted vehicles. The commercial operations are expected to begin by September 2021. The firm has planned to deploy batteries in at least 3,000 vehicles by March 2022 and scale it up to 20,000 vehicles a year later. 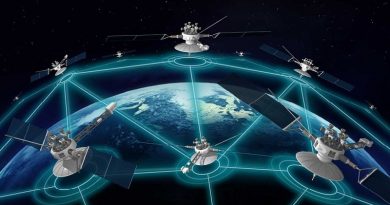 Will Airtel’s Bet on OneWeb’s Satellite Internet make it a Front Runner?