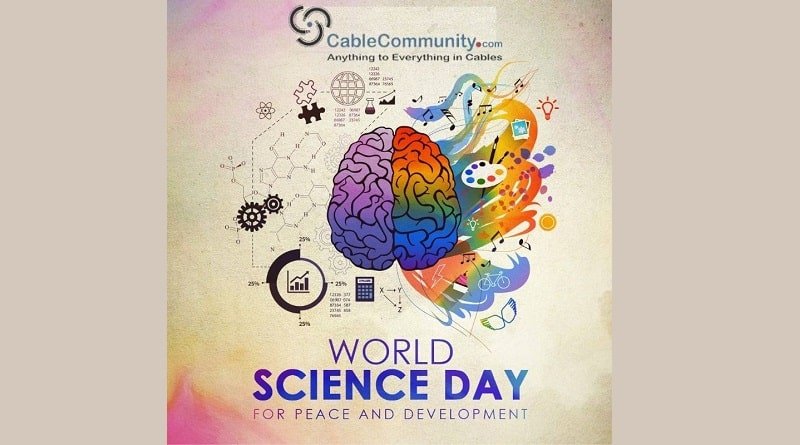 On every 10th November World Science Day for Peace and Development is celebrated across the globe. It is an international day that highlights the importance of science and its role in our society. The aim of the day is to ensure that citizens are kept informed of developments in science and their need to engage in emerging scientific issues.

World Science Day also highlights the role scientists play in broadening our understanding of the planet we call home and in making it more sustainable.

World Science Day was proclaimed by the United Nations Educational, Scientific and Cultural Organization (UNESCO) in 2001 and was celebrated for the first time in 2002.

The year 2021 marks 20th edition of World Science Day for Peace and Development. This year’s theme by UNESCO is “Building Climate-Ready Communities”, as Climate Change is becoming a serious threat to the lives of billions of people and to our planet.

Notable Contributions of Indians in the Field of Science

Herewith are mentioned some of the honorable Indian scientists who have made significant contributions to the World:

Sir Chandrasekhara Venkata Raman, born in Tiruchirapalli on November 7, 1888, well known for his pioneering work on ‘scattering of light’. He discovered that, when light traverses a transparent material, some of the deflected light changes in wavelength. This phenomenon is now called the Raman scattering and is the result of the Raman effect.

Sir Mokshagundam Visvesvaraya, born on 15 September 1860, known for inventing ‘automatic sluice gates’ and ‘block irrigation system’ which are still considered to be marvels in engineering.

Venkatraman Radhakrishnan, born on May 18, 1929 in Tondaripet. His observations and theoretical insights helped the community in unraveling many mysteries surrounding pulsars, interstellar clouds, galaxy structures and various other celestial bodies.

Subrahmanyan Chandrasekhar, born on October 19, 1910 known for his work in mathematical theory of black holes, work concerning the radiation of energy from stars, particularly white dwarf stars, which are the dying fragments of stars.

Sir Jagadish Chandra Bose, Indian, born in Munshiganj (now Bangladesh) on 30th November 1858. He was an interdisciplinary scientist working in the fields of radio-waves (and microwaves), electromagnetic waves as well as study of response to stimulation in plant and animal tissue. Bose is recognised by IEEE as father of radio and wireless communication. He also designed several scientific instruments, most notable among them are – Galena detector, which was the first semiconductor device and photovoltaic cell and Crescograph, a device for measuring the growth of plants.

Satyendra Nath Bose, born on January 1, 1894 in Calcutta, he was an Indian physicist specializing in quantum mechanics. He worked alongside Albert Einstein during the 1920’s towards developing Bose–Einstein statistics and the theory of the Bose–Einstein condensate. Bose was awarded the Padma Vibhushan, India’s 2nd highest civilian award in 1954.

Dr. A.P.J. Abdul Kalam, born on 15th October 1931, was an Indian aerospace scientist who also served as the 11th President of India. He spent four decades as a scientist and science administrator, mainly at the Defence Research and Development Organisation (DRDO) and Indian Space Research Organisation (ISRO) and was intimately involved in India’s civilian space programme and military missile development efforts. He later came to be known as the Missile Man of India for his work on the development of ballistic missile and launch vehicle technology.

Along with various enthused children, scientists and engineers around the World, we here at Cablecommunity.com are celebrating the entire week on the occasion of World Science Day for Peace and Development, to know more and to get the latest updates, please subscribe!