Coal India Limited (CIL), an Indian Government-owned Coal mining and refining corporation has planned to invest an estimated ₹ 19,650 Crore to strengthen its rail infrastructure in order to boost evacuation of Coal.

Coal India shall make this ₹ 19,650 Cr investment through two routes: by investing in railway lines through subsidiaries and by investment in rail infrastructure through JV companies

Some of the Rail-Line Projects Already Under Progress

Under Mahanadi Coalfields Ltd.: The Jharsuguda-Barpali-Sardega (single line) was commissioned in 2018. Now construction work for doubling of this line along with loading bulb at Barpali and a flyover complex at Jharsuguda are underway. Further, dovetailing of Sardega, 20 MTPA and Lajkura, 15 MTPA to this rail connectivity is underway which would additionally lift Mahanadi Coalfield’s transportation capacity by 65 MTPA.

Coal India has formed four joint venture companies with an capital outlay of ₹ 11,656 Cr. for a consolidated addition of 160 million MTPA in Coal evacuation capacity.

The investment planned by Coal India is against the backdrop of a Coal shortage that had raised concerns in India recently.

Rail infrastructure is essential to boost Coal evacuation, and it is important to have a robust Coal transport mechanism in place to match with increased volumes of production in coming years.

Coal India expects around 69% of its Coal output to come from Central Coalfields, Mahanadi Coalfields and South Eastern Coalfields by FY 24-25.

About Coal India Limited Coal India Limited is an Indian Government-owned Coal mining and refining corporation. It is under the ownership of the Ministry of Coal, Government of India headquartered in Kolkata, West Bengal, India. It is the largest coal-producing company in the world and a Maharatna public sector undertaking. 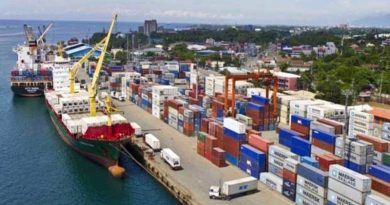