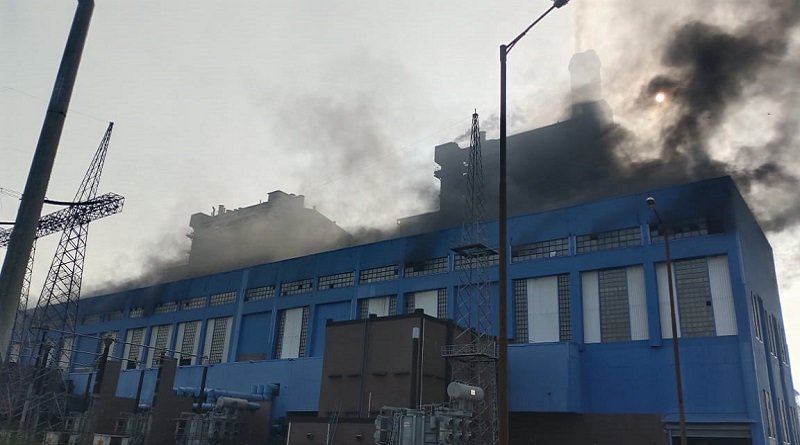 A tragic incident took place at the Anpara D power plant in Sonbhadra district of Uttar Pradesh, where a 500 MW turbine had a sudden blast starting a huge fire. Four engineers were injured in the incident.

The turbine was part of 2×500 MW unit number 9 of Anpara D. It was a BHEL supplied turbine currently under operation by Uttar Pradesh Rajya Vidyut Utpadan Nigam Ltd. (UPRVUNL). The fire started after the blast took a huge form, taking in vicinity the instruments on the turbine floor and spreading to the cable gallery. Intensity of the blast was so high that the whole generator was thrown apart with pieces flying into the control room through glass doors. Fire tenders from the nearby Anpara A, B and C units rushed in on the site and took fire under control after hours of effort. The production of 1000 MW has been stopped from the plant creating a crisis of power supply in the eastern districts of Uttar Pradesh.

The preliminary reports suggest the fire started from slip rings on exciter end which soon spread to entire generator, turbine and cable gallery. The cause of fire is still unknown and under investigation.

In a statement to the press, Chief General Manager of Anpara D thermal power station, Heeraman Prasad Singh, said he was out of station and so was unable to comment. He, however, said the blast and fire in the turbine generator was a huge loss and it could take more than six months to resume power generation. Singh said a team of engineers was on the spot and they were investigating the possible cause of the explosion.

About Anpara Power plant: Anpara Thermal Power Station is located at Anpara in Sonbhadra district in the Indian state of Uttar Pradesh, about 180 km from Varanasi on the Varanasi – Shakti Nagar route. It has a total power-generation capacity of 3850 MW using 9 units. 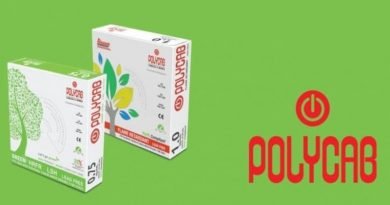 Bharti Largest Shareholder in OneWeb with an Investment of Rs 3,700 Cr.