A Consortium of Tata Advanced Systems Ltd. (TASL) and Tata Consultancy Services (TCS) will collaborate with Airbus Defence and Space S.A. to manufacture C-295 transport aircrafts for the Indian Air Force. The total cost of this project will be USD 2.65 billion (Rs. 21,935 crore), and the aircraft manufacturing facility where C-295 aircrafts will be manufactured will be situated in Vadodara, Gujarat.

The foundation stone for this facility was laid on 30th October 2022 by the Indian Prime Minister.

Background of Airbus’ Contract With Ministry of Defence

These C-295 transport aircrafts have a 5 to 10 tonne carrying capacity, and can be used for defence as well as civilian purposes.

In a press conference on 27th October 2022, Dr. Ajay Kumar, the Defence Secretary of India, stated that as per the aforementioned contract, 16 out of the total 56 C-295 aircrafts will be delivered by Airbus in flyaway condition. The remaining 40 aircrafts will be manufactured in India by the TASL-TCS Consortium, which will be led by TASL.

Tata Consortium will manufacture 13,400 parts, and assemble approximately 4,600 sub-assemblies and seven major component assemblies per aircraft to be rolled out of Vadodara. Airbus will be supplying engines, avionics, landing gear and Electronic Warfare (EW) suite for these aircrafts.

Moreover, TASL-TCS consortium will be responsible for the integration of these different aircraft components and systems. The Tata Consortium will be involved in the flight testing process and end-delivery of the C-295 aircrafts produced in Vadodara.

As per a Government release dated 27th October 2022, the TASL-TCS consortium has already identified about 125 Indian Micro Small and Medium Enterprises (MSMEs) spread over 7 states of the country for the supply of various materials and components for these aircrafts.

About 600 highly-skill jobs, 3,000 medium-skill jobs and 3,000 indirect employment opportunities will be created by this project in the upcoming Vadodara facility. Moreover 240 engineers will be trained at Airbus’ facility in Spain.

Why is the C-295 Aircraft Project Significant for India?

Tata-Airbus’ C-295 aircraft project marks a major milestone, as these defence aircrafts are being manufactured by a private player in India. Through the involvement of several Indian MSME’s this project is a substantial push towards Aatmanirbhar Bharat.

After fulfilling the supply of 40 aircrafts out of the upcoming Vadodara facility as per the contract for this project, Airbus will be free to sell surplus C-295 aircrafts to civil operators. These surplus aircrafts can also be exported to countries which are cleared by the Government of India.

Strategically, the C-295 transport aircraft will be replacing IAF’s Avro aircraft which was procured in 1960s. 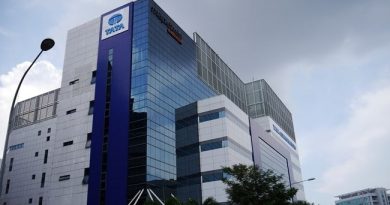