Sterlite Technologies registered a revenue of Rs. 1,575 crore in the quarter ended 30th June 2022. This 20.32% increase from Rs. 1,309 crore revenue reported for Q1 of FY-22 represents an upward trajectory on a Year-over-Year (YoY) basis.

STL’s net profit fell drastically, and the company reported a loss of Rs. 23 crore in Q1 of FY-23. This is 121.5% lower than the profit of Rs. 107 crore that STL clocked during the first quarter of the previous fiscal.

STL’s revenue for the first quarter of the new fiscal was comparable to its revenue for Q4 of FY-22. QoQ, the revenue saw a miniscule drop by 0.44% from Rs. 1,582 crore reported for the quarter ended on 31st March 2022.

Considering that Q4 is generally the highest grossing quarter as far as cable sector is concerned, STL has entered FY-23 with a steady performance.

QoQ Sterlite Tech managed to mitigate its losses by 11.54%, from the Rs. 26 crore loss which was reported by the company in the last quarter of 2021-22.

Commenting on the company’s financial performance, Ankit Agarwal, Managing Director, STL, said “Our global footprint, technology-led solutions, and effective supply chain management continue to be major contributors to our growth. With increased focus on efficiency and prudent capital management, we expect to sustain this positive momentum”.

In its earnings presentation, the company stated that the first quarter of 2022-23 witnessed continued inflation of raw material rates. Polymer prices have risen particularly because of the variation in price of crude oil, which in turn has been severely affected by the Russia-Ukraine war.

Sterlite Technologies’ order book has been stable, as the company booked orders worth Rs. 11,207 crore during Q1 of FY-23 against Rs. 11,639 crore worth of orders booked in Q4 of FY-22. The company has won major Optical Fibre Cable (OFC) orders in India, North America and Europe.

There was growth in the volume of OFC demand, and the company expects this trend to continue through the current financial year. As per the company, approximately 62% of the company’s Q1 FY-23 revenue came from markets in the US and Europe. Sterlite Tech had entered the US market in FY-20, and it expects to begin manufacturing in the US by the third quarter of the ongoing financial year. 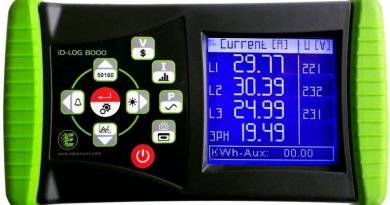