As a part of Consortium, Siemens Limited will provide project management, turnkey electrification, signaling, communications and depot works (equipment). The order value of Siemens is nearly ₹ 900 crore. As per the contract, electrical and mechanical system works of the project are to be completed in 39 months.

Expressing views on winning the contract, Sunil Mathur, MD and CEO, Siemens Ltd, said “We would like to thank the Pune Metropolitan Region Development Authority for awarding this project to us. Siemens is a leader in providing state-of-the-art metro rail solutions globally. Pune Metro is a prestigious project, and Siemens is glad to be partnering with the Tatas to jointly develop this project…“.

The proposed Line 3 of Pune metro is 23.3 Km long, with 23 stations. The elevated metro line connects Hinjewadi Rajiv Gandhi Infotech Park to Shivajinagar via Balewadi. It is the first metro project in India under the new metro rail policy.

As per the new policy, Metro rail projects will be approved and aided by the Central Government only if there is private participation and the projects ensure last-mile connectivity for commuters.

Pune metro line 3 is being developed under the public-private partnership route. 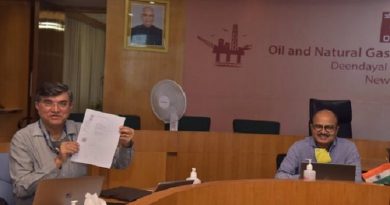