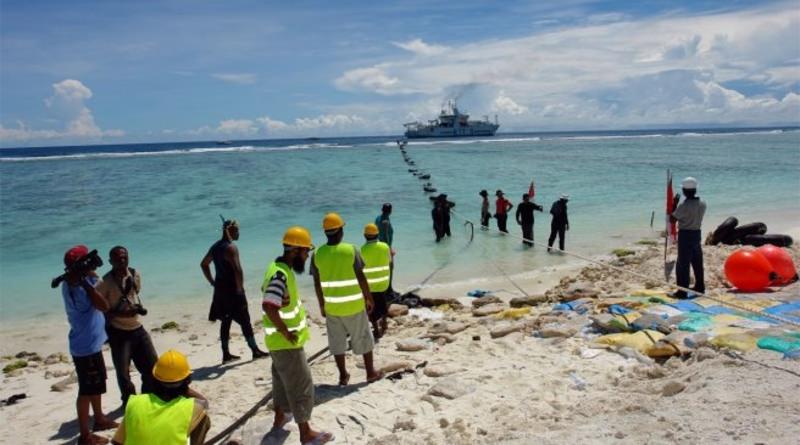 West Bengal’s Chief Minister Mamata Banerjee announced on 26th August about establishment of a Cable Landing Station at the port town of Digha. The project shall be implemented by Reliance Jio Infocomm Ltd. with an investment of over Rs 1,000 Crore.

Cable Landing Station is the place where sub-sea cable makes landfall. This will be the first landing station in eastern India. The initial speed is expected to be around 9 Terabytes per second.

Reliance Jio Infocomm has become the most valued telecom operator in India within a span of four years. It has received huge investments this year of around 1.52 Lakh Crore from global investors, including Facebook, Google, Silver Lake, KKR etc. for a total consideration of 32.97 % stake.

The establishment of station shall be instrumental in boosting the sub-sea broadband connectivity links of Bengal and its neighboring state with European and Asian markets. As a result of this project West Bengal is expected to attract tech investments, IT business activities and enhance employment opportunities.

The Digha landing station will give West Bengal direct connectivity with Singapore, Malaysia and Italy.

With the proposal of Reliance for cable landing station, state cabinet has also approved West Bengal State Broadband Policy 2020 and a deep seaport to be established in Tajpur on its own.

At present, there are 15 cable landing stations in India located at Mumbai, Chennai, Kochi, Thiruvananthapuram and Thoothukudi (Tuticorin).

Reliance Jio has two cable landing stations located in Chennai and Mumbai. This will be the third one of Relaince.