Once the construction of all phases is completed, Jewar Airport will be India’s largest airport and is expected to be the third-largest airport in the World and biggest in Asia on the basis of total number of runways.

Noida International Airport will help decongest the Indira Gandhi International (IGI) airport in NCR. Also, once it becomes operational, Uttar Pradesh will have five international airports, the highest for any state in India.

Noida International Airport will be spread over 5,000 hectares of land on the Taj Expressway, between Noida and Agra, it will be developed in four phases and the entire project is estimated to cost ₹ 30,000 crore.

Other details about the various Project Consultants, Architects and different phases of the Jewar Intertaional Airport

Land acquisition for the second phase of project had begun in January 2021.

An area of 1,334 hectares has been earmarked for development of phase-1 of the airport project. The first phase will entail an investment of ₹ 8,914 crore.

Phase-I of the Noida airport project is expected to be completed by September 30, 2024. On completion, the Jewar Airport will cater to 12 million passengers under phase-I.

Cargo Airport at Bhiwadi – Next Big Move in Aviation for India

India’s first cargo airport is also expected to come up at some time in next few years. The Aviation Ministry had approved a Green Field Cargo Airport in Alwar district of Rajasthan in 2018. Among other business, this cargo airport shall help facilitate business on Delhi-Mumbai Industrial Corridor (DMIC) and entire industrial catchment area. 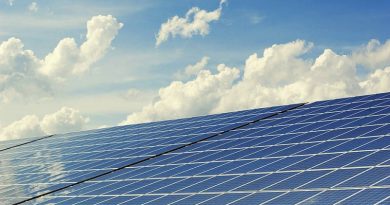 Coal India to Diversify into Aluminium and Solar Power Greenko to Develop 5,230 MW RE Storage Project with US$ 3 Billion Investment