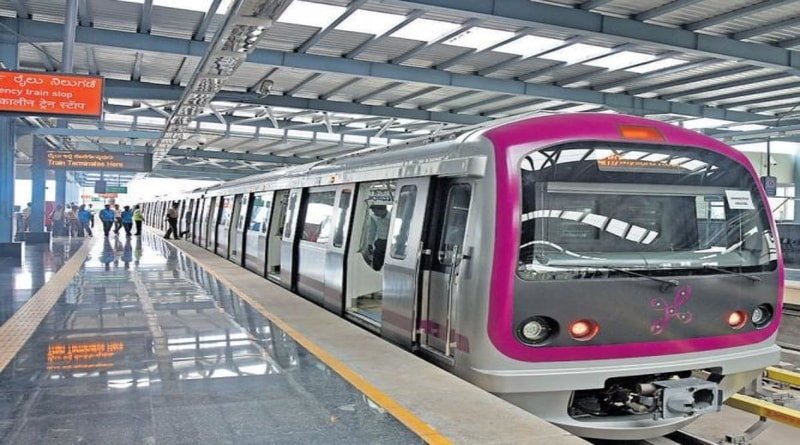 Envisaging the increasing population of Bengaluru which is estimated to reach over 16 million by 2030, Bengaluru Metro Rail (Namma Metro) is establishing two new metro rail lines (Phase 2A & 2B).

The two new metro lines will cover a total length of around 56 Km which shall be along the Outer Ring Road and National Highway 44 between Central Silk Board and Kempegowda International Airport (KIAL). The lines shall be having 30 metro stations which will include multimodal facilities, such as taxi stands, motorcycle pools, pedestrian walkways, bus bays, and bridges.

Out of the total, 18.236 Km (Phase 2A) elevated line shall be connecting KR Puram with Central Silkboard along the outer ring road having 13 stations. 37 Km (Phase 2B) metro line shall be an airport-link from Bengaluru city to KIAL having 17 stations.

These projects are estimated to be competed by 2027.

Commenting on the same Kaoru Kasahara, ADB Senior Transport Specialist for South Asia said, “This will enhance the economy, improve the urban environment, and make the city more livable. The project supports urban transformation of Bengaluru city through a multidimensional approach of urban public transport and urban development” as reported in press release of ADB dated 8th December 2020.

Recent Developments on the New Lines

ADB has also granted an additional USD 2 million technical assistance to the state government to “formulate urban development plans and their implementing frameworks, focusing on transit-oriented development and multimodal integration. This will also strengthen the capacity of the Bangalore Metro Rail Corporation Limited”, as mentioned in press release of ADB dated 8th December 2020.

Currently, Bengaluru metro has two operational lines namely Purple Line and Green Line covering a total distance of 42.3 Km with 40 stations. A total distance of 72.1km is under construction which includes extension work of green and purple line, along with new yellow line and new pink line and is expected to be fully operational by 2024.

About ADB: It is a regional development bank, established in 1966 with headquarters in Metro Manila, Philippines, and has 31 field offices around the globe. ADB helps developing Asian countries meet their energy security needs & facilitate a transition to a low-carbon economy.