Polycab, the Gujarat-based manufacturer of wires, cables and FMEGs, has signed a Master Service Agreement (MSA) with Tamil Nadu Fibernet Corporation Limited (TANFINET), the Special Purpose Vehicle (SPV) of Tamil Nadu Government for the implementation of Phase II of the BharatNet project in the state.

The Execution of BharatNet phase II in Tamil Nadu has been divided into four packages. Each of these packages has certain districts under it. Out of these, Polycab will be responsible for the BharatNet project in the districts of Package A at a cost of INR 509 crore.

Earlier in January, ITI Limited received an order from TANFINET for Package D of BharatNet-II in Tamil Nadu.

The districts in this Package A are Chengalpattu, Kanchipuram, Tiruvannamalai, Tiruvallur, Vellore, Krishnagiri, Ranipettai, Tirupati, and Chennai. Polycab will be the Master Systems Integrator (MSI) for providing end-to-end connectivity in 3,095 gram panchayats across 75 blocks in these nine districts. Under the agreement, Polycab will be laying 16,500 Km of optical fibre cables in the state by 2023. Out of this 85% will be overhead or aerial OFC deployment.

Polycab will also set up a Network Operations Centre (NOC) in Chennai to integrate village blocks in the state, including those blocks which are parts of other packages.

Polycab will be undertaking O&M for four years, including one year of the warranty period.

Polycab has earlier completed BharatNet Phase II work in the states of Gujarat and Bihar as an EPC Project Implementation Agency (PIA). Polycab connected about 3,650 village blocks in Gujarat to the OFC network in collaboration with Gujarat Fiber Grid Network Limited (GFGNL) and GTPL Hathway Limited.

In Bihar, Polycab linked gram panchayats with BSNL exchanges and laid 3,785 Km of OFC in 6 districts.

About Polycab India Limited: Polycab India Limited (PIL) is a well-known wire and cable manufacturer and a manufacturer of FMEGs. PIL is a leading electrical brand with over Rs. 8,900 crore revenue. PIL has a strong Pan-India distribution network of over 4,100+ authorized dealers and distributors who in turn cater to over 165,000+ retail outlets. Polycab has 23 manufacturing facilities located across the states of Gujarat, Maharashtra, Uttarakhand, and District of Daman. 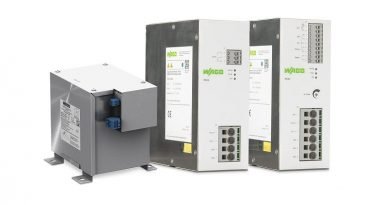