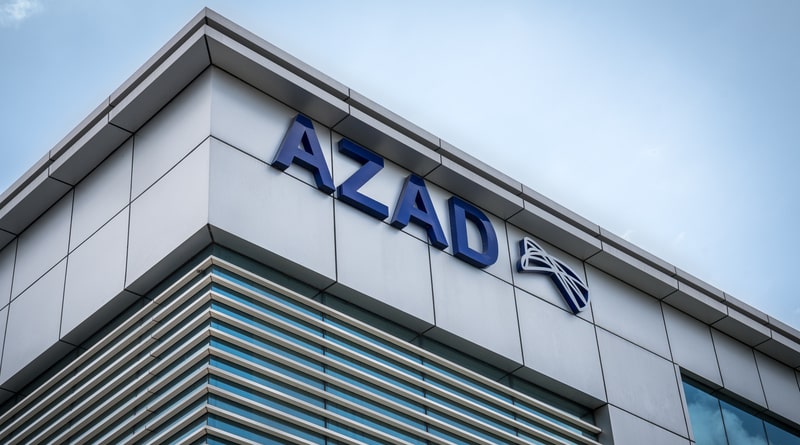 Hyderabad based Azad Engineering Pvt. Ltd., an engineering component manufacturer, has won an order from U.S. based aerospace giant Boeing to manufacture and supply critical aviation components and parts.

AZAD Engineering in a press statement mentioned that under the contract it will begin delivering critical components including hydraulic and mechanical fittings to Boeing from Q1 2022. Azad’s aerospace components portfolio includes compressor engine airfoils, critical engine parts and accessories for commercial aircrafts.

Expressing his views Mr. Rakesh Chopdar, Founder and Managing Director, Azad Engineering said “The cooperation between Azad Engineering and Boeing is a milestone in the growing aerospace ecosystem in Telangana”.

Commenting on the collaboration Mr. Ashwani Bhargava, Director, Supply Chain Management, Boeing India said “As a company with over seven decades of presence in India, Boeing continues to support the development of indigenous aerospace and defence capabilities in the country”.

Azad Engineering to Set Up new manufacturing Unit in Telangana

Azad Engineering on 14th June 2021 announced to set up its second manufacturing facility at Shamirpet, Telangana with a total investment of US$ 80 million (about Rs 585 crore). This announcement was made after the company closed it’s first round of funding of US$ 20 million (about Rs 145 crore) from DMI Finance- backed by New Investment Solutions – a Europe based asset management firm.

The new facility will be spread across 50 acres allotted by Telangana State Industrial Infrastructure Corporation (TSIIC). It is expected to employ around 1,500 people.

Brief History of Azad Engineering and Mr. Rakesh Chopdar: Mr. Rakesh Chopdar dropped out of high school to work at his father’s metal workshop alongwith other operators where he gained hands-on expertise on manufacturing of various stainless steel parts. Thereafter he founded Azad Engineering in 2008 to manufacture OEM parts for Indian manufacturers in power and aerospace sector. Among the first orders as a company that Azad engineering executed was for Airfoils for powerplant turbines and then slowly expanded its portfolio to Oil and Gas sector and Aerospace too. In a recent press statement he mentioned expecting a turnover of Rs. 240 Crore for this financial year (FY-22).