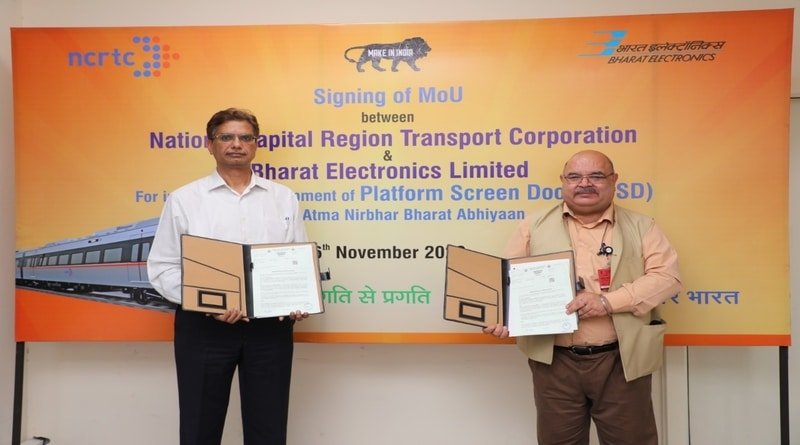 Platform Screen Doors (PSDs) are used at train / subway stations to act as a separation between the platform and the train. These doors are primarily used for the safety of passengers.

As mentioned in the press update of NCRTC dated 7th November 2020, PSDs used in India have been imported till date. “This is first and one of its kind initiative where indigenously developed PSD system will be used in India and will be exported globally as well”.

Some of the companies to supply PSDs to India are CRRC Zhuzhou-Panasonic, NRT-Stone India and KTK-AIKON.

The MoU was signed by Shri Navneet Kaushik, Director/Systems, NCRTC and Shri Manoj Kumar, Executive Director (National Marketing), Bharat Electronics Ltd. on 7th November 2020. The companies shall design and develop, in collaboration, PSDs for different rail-based systems in India for the Indian and export market.

Although it is not clear as to what form will the BEL-NCRTC partnership will take, as per NCRTC’s earlier EOI this partnership could be either as a joint venture, joint manufacturing, technology licensing or knowhow transfer. As per CableCommunity.com the partnership is likely to in the shape of a JV.

Enhancing passenger safety is the main purpose of PSDs, but they also allow passengers to board and disembark more efficiently and for trains to maintain higher speeds at stations.

As per Allied Market Research, Global market for PSD systems was worth approx. US$ 630 million in 2017. This has been projected to grow to over US$ 1 Billion by 2026 and with a CAGR of 5.2%. According to an article in Metro Rail News with refers to research by Persistence Market Research the PSD market is expected to be valued at approx. US$ 1.7 Billion by 2029.

BEL with its partnership with NCRTC could have potential to capitalize on the growing Metro Rail and RRTS segments emerging in India as well compete in the Globally growing market as passenger safety concerns increase.

About NCRTC: is a joint venture company of Government of India and States of Delhi, Haryana, Rajasthan and Uttar Pradesh. It is formed for the implementation of Regional Rapid Transit System projects across National Capital Region (NCR).

About BEL: Bharat Electronics Limited is an Indian state-owned aerospace and defence company. BEL is one of nine PSUs under the Ministry of Defence of India. 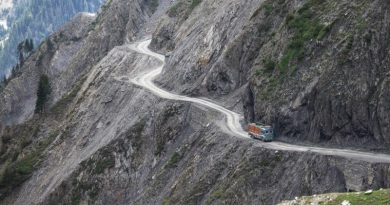