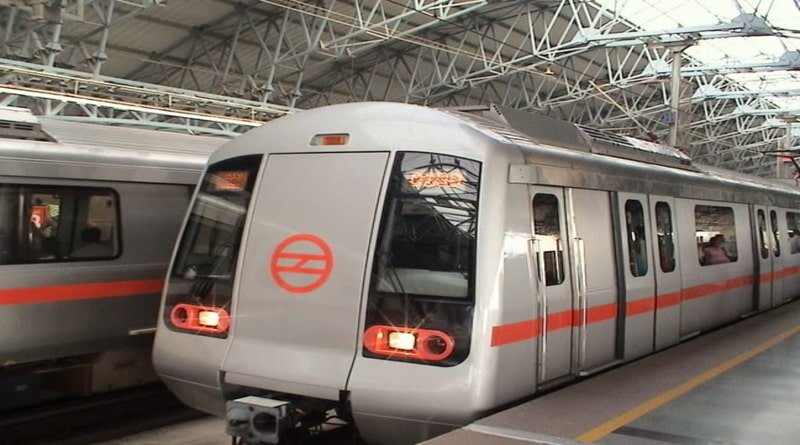 The contract is for Delhi Metro’s Red line i.e Line – 1 which is 34.4 Km long, connecting Shaheed Sthal in Ghaziabad and Rithala in Delhi.

DMRC had invited bids for this work in March 2021 and Alstom Transport India emerged as the only bidder against the tender. Completion period of the contract is 15 months.

As per DMRC’s tender document the work involves “Design, Manufacture, Supply, Installation, Configuration/Customization, Testing and Commissioning of Train Control and Signaling System for Short looping train movement along with Virtual signal implementation and six car to eight car trains conversion along with head stopping at all platforms of Line-1 and Integration of Train Control and Signaling system of Line-1 with Third Party ATS system”.

Purpose for Upgradation of system and virtual Signal Implementation

In between the train stations, there are interlocking points where the train changes tracks, in case of any signal glitch at any point, the entire section between two interlocking stations is affected, and train moves at a restricted speed. The virtual signal system allows train to run at a normal speed, except for 500 meters from the location of glitch.

DMRC initiated the process of signaling up-gradation with purpose to identify glitches and upgrade systems as per requirement so that affected trains still run at regular speeds of 33-37 Km per hour. The up-gradation provides smooth operations of train and prevent stations from overcrowding.

About Delhi Metro’s Red Line: Delhi Metro’s Red line has 29 stations and is presently equipped with Alstom’s Urbalis 200 Train Control and Signaling Solution. Red Line has interchanges with the yellow line and violet line at Kashmere Gate, Pink line at Welcome and Netaji Subhash Place, and with Green line at Inderlok.

About Delhi Metro: Delhi Metro is a mass rapid transit system serving Delhi and and its network has now crossed the boundaries of Delhi to reach Noida and Ghaziabad in Uttar Pradesh, Gurgaon, Faridabad, Bahadurgarh and Ballabhgarh in Haryana. Presently, Delhi Metro network consists of about 389 Km with 285 stations and it is the largest and busiest metro rail system in India.